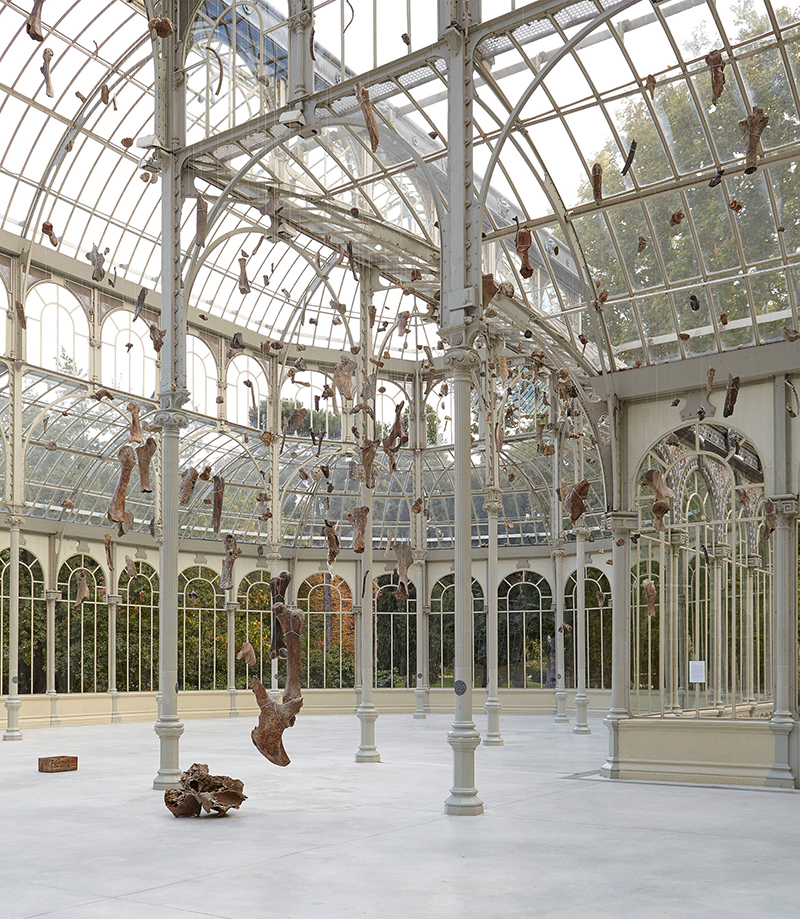 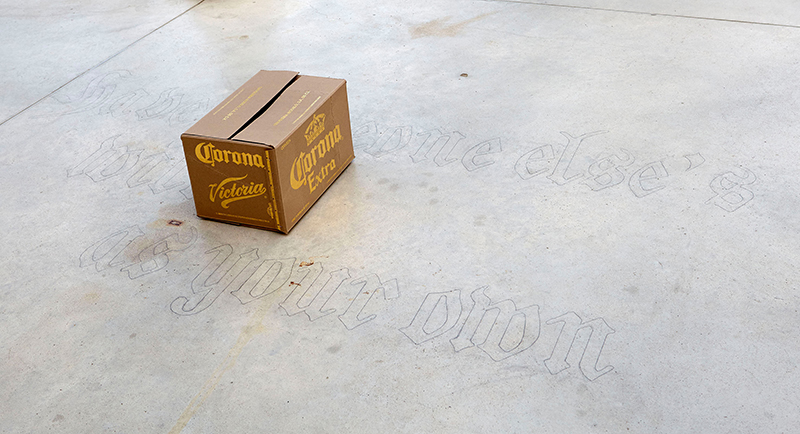 Danh Vō’s (Bà Ria, Vietnam, 1975) artwork subverts and plays with classic late 20th century appropriation as well as opportunistic strategies of Western art in its approach to and presentation of other cultures. His installations, sculptures, photographs and works on paper, particularly his early work, often calls on his origins and experiences, interspersing them with cultural, social, and historical references. His practice subscribes to Picasso’s famous phrase, “I do not seek, I find”, in that he is attuned to objects, documents, artworks, references and other material spanning many millennia, which he encounters through travel and the activation of a network of various characters from antique dealers to scholars to everyday, interesting individuals.

In an empirical yet not deductive approach, the artist establishes connections between objects and ideas that open up new possibilities of seeing, collecting, presenting and implying new meanings that upset the predominant historical discourse. Language and sexuality operate as elements of transition between desire, aesthetic emotion, and critical interpretation, while Eros, religion, history and politics reciprocally confront and subvert each other in his pieces.

Danh Vō utilises 21st century exhibition typologies to contrast and thereforehighlight the unique architecture in the Palacio de Cristal, as if to treat the structure as one large display cabinet encapsulating the nostalgia of a nineteenth-century palaeontology and archaeology museum. This museological presentation produces ruptures in meaning, cultural breaks with the dominant models that condition the viewer’s circumstances and therefore open up space for interpretation. Danh Vo adopts the role of the curator, both in his manner of displaying and associating objects, images and texts, and in his way of presenting pre-existing collections, as he did, for instance,with the collection of Julie Ault (Tell It To My Heart, 2013-14) and, more recently, upon invitation to the Pinault Foundation at the Punta della Dogana (Venice, 2015).

In this present, site-specific project for the Palacio de Cristal in Retiro Park, Danh Vō borrows his title, Banish the faceless / Reward your grace, from a line in Nico’s Afriad(1970), a song which has also been recorded by Antony and the Johnsons. Vō presents a set of apparently unrelated objects, some acquired for this occasion by the artist. They include a large number of mammoth fossils, an ivory Christ of the 17th century, a Roman marble assembled with a wooden, French Gothic Madonna and child, and a cardboard packaging painted with gold leaf.

Accompanying these objects is a letter written by a French missionary the day before his execution in the 19 th century, transcribed by the artist’s father, Phung Vō, who writes out the letters as forms, as he cannot read French. Phung Vō has so far written hundreds of copies of this letter, which have been shown and collected at art institutions around the world.

With this new installation, Danh Vō explores the idea of the museum and its function in the contemporary world, challenging the status quo of art on such burning issues as migration and cultural identity. Benjamin Buchloh recently wrote in Artforum on Danh Vō’s work in the 56th Venice Biennale: “Literally intersecting fragments of these objects and images in acts of apparent vandalistic destruction, these allegorical fusions simultaneously mourn their fallen objects’ lost promises of Eros and agape, long vanished from the contemporary world at large.” 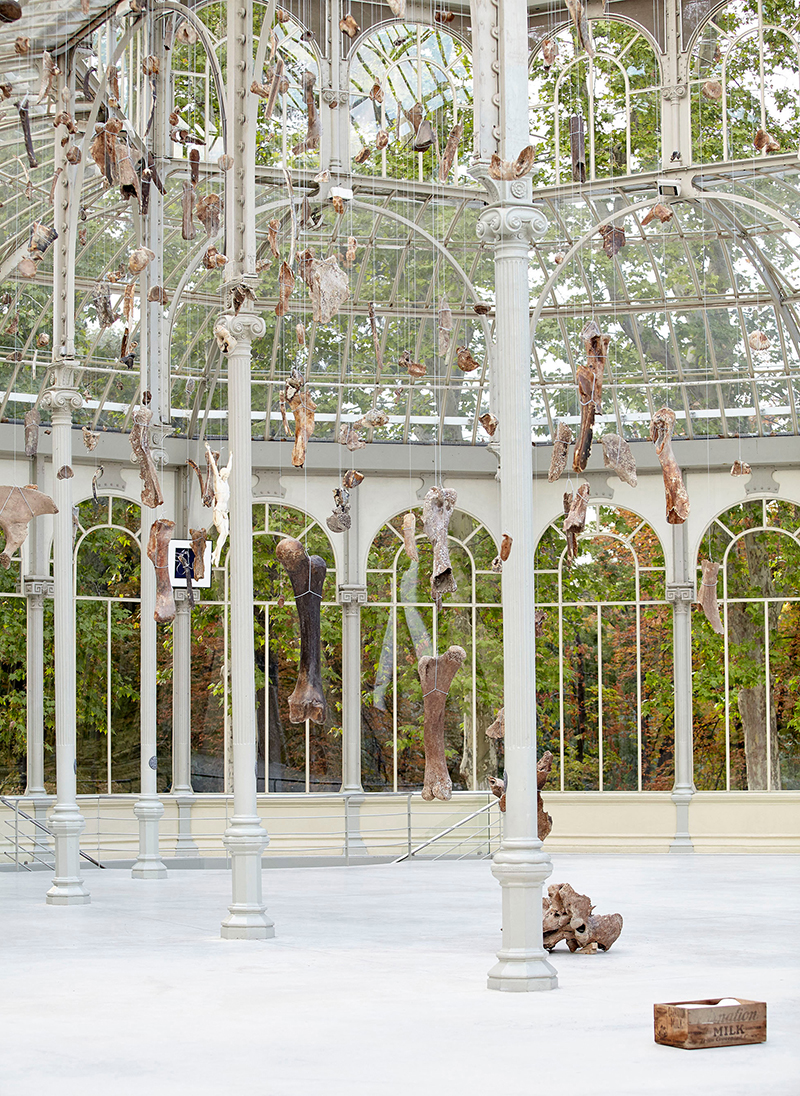 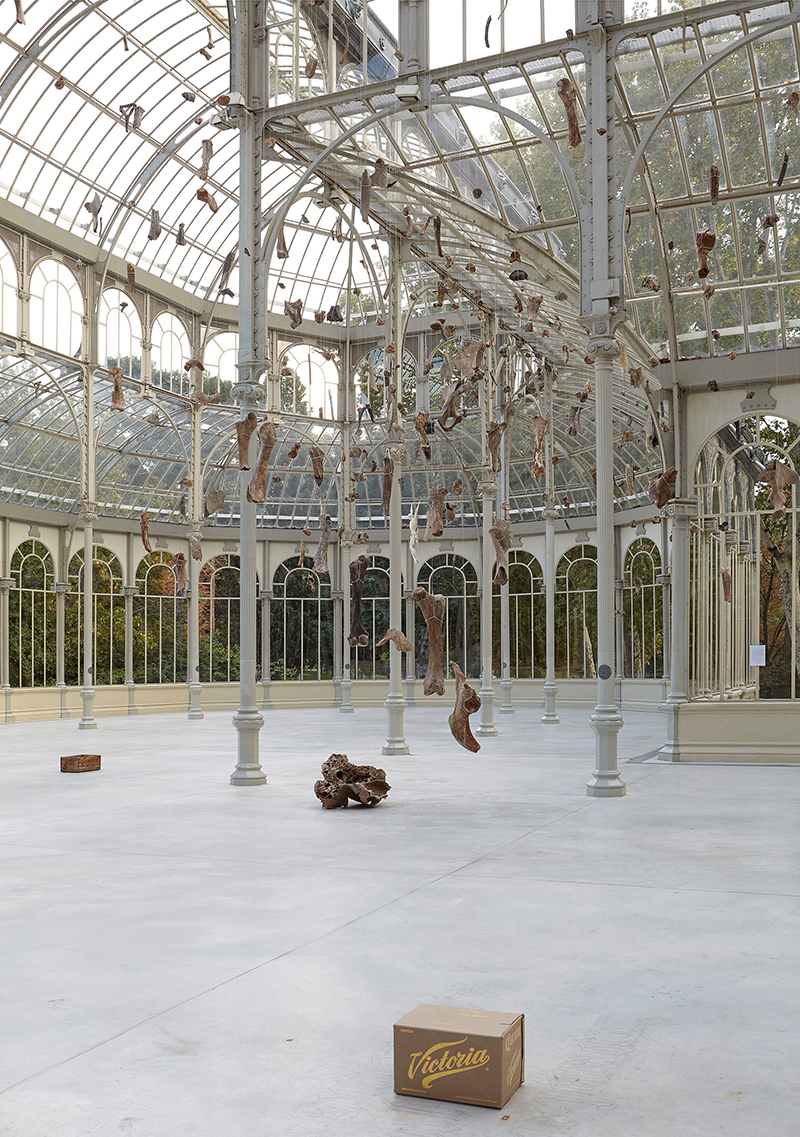 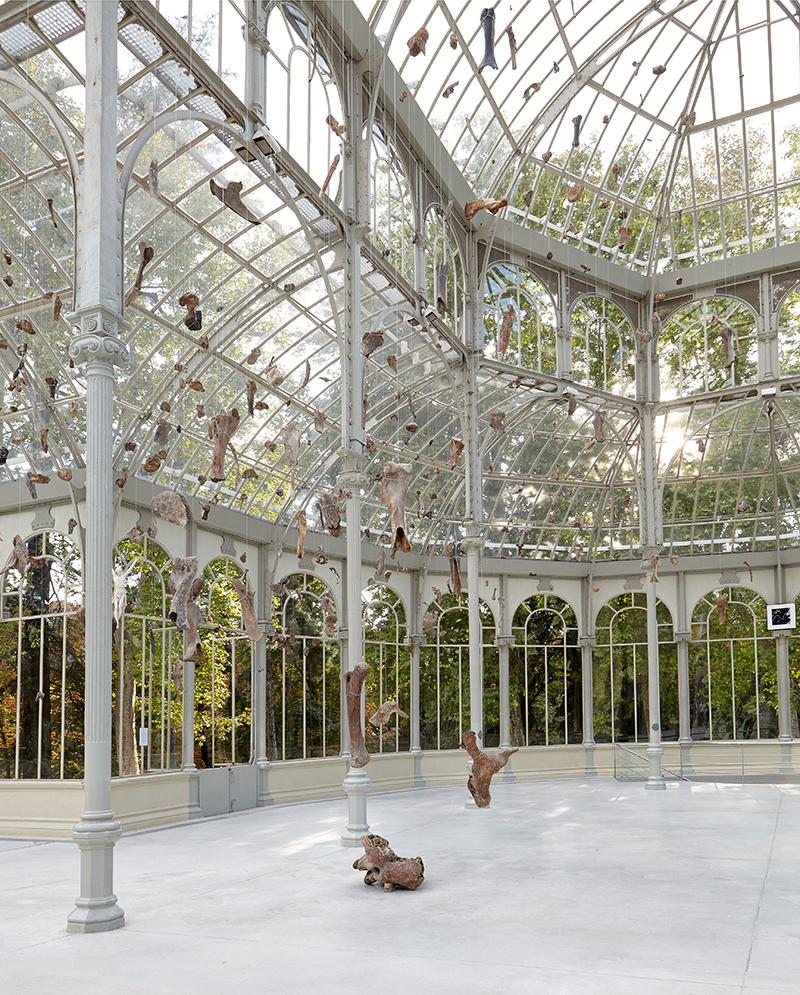 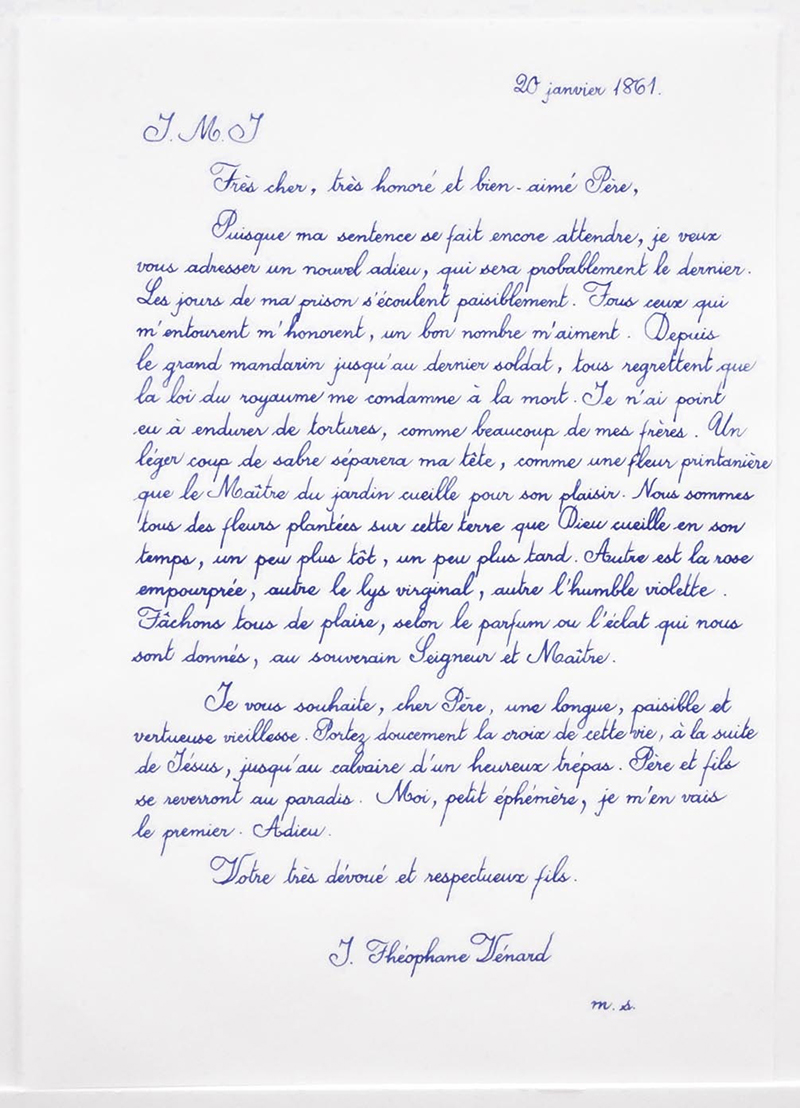 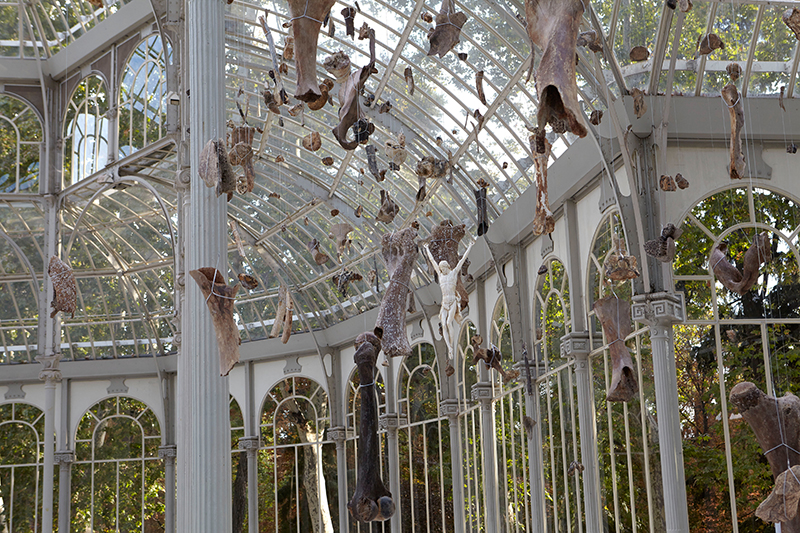 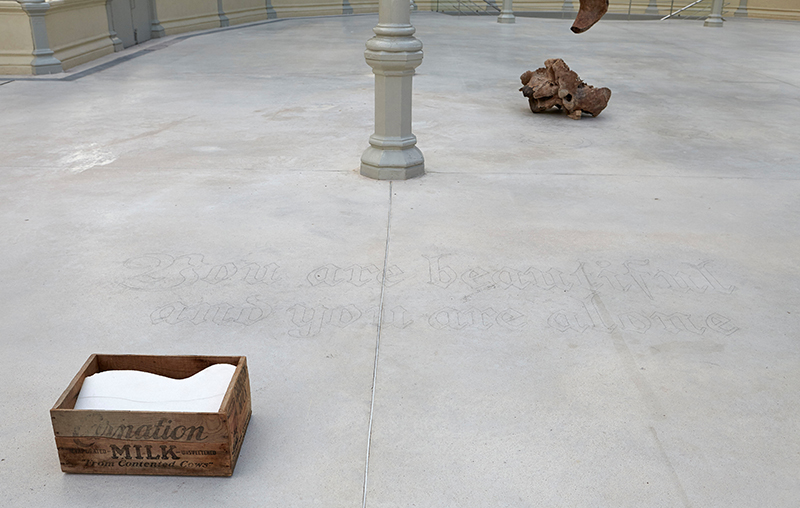 Banish the Faceless / Reward your Grace