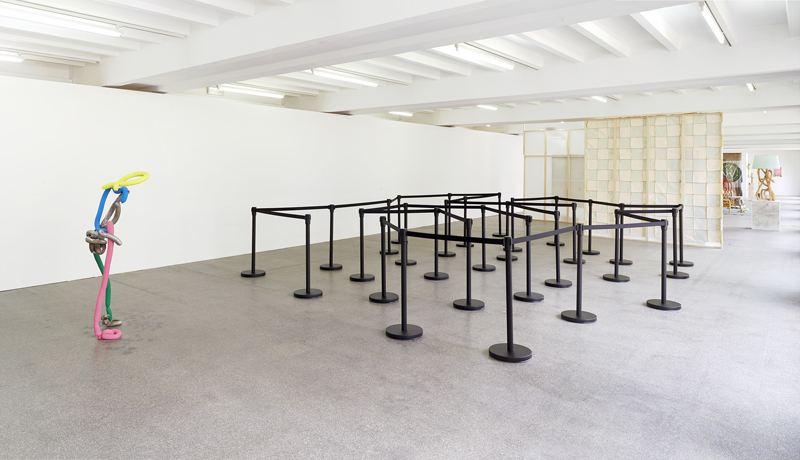 The Kölnischer Kunstverein presents SHHHHH, Catharine Czudej’s first solo exhibition in Germany. The artist was born in Johannesburg in 1985 and now lives in New York. Her work encompasses sculptures, installations, paintings and films which reflect her occupation with labor, power dynamics and moral structures. Her art is characterized by its humorous approach and absurdist take on the everyday. Responding to canonised ideas or phenomena Czudej sets off a chain of free associations linked to the cultural subconscious in an attempt to implicate the viewer in her conspiracy.

Czudej has gathered together both existing and newly produced works in the central hall of the Kölnischer Kunstverein to form an “environment” that suggests an apartment in many respects, calling to mind the work of Pop artists like Claes Oldenburg or the installations of Paul Thek. In the space we find a sitting room, a sofa, various lamps and a game room as well as items typical of a bathroom. However, the domestic objects cannot fulfil their promise of utilitarian value: the lamps and seating are made out of pretzels and beer bottles, whilst the living room carpet absorbs the couch and the bathroom resembles an improvised artists laboratory. Czudej uses the objects to stage bizarre deformations of reality, which raise questions about both the everyday unconscious and modes of perception.

At the entrance to the exhibition is a queue formed from retractable barriers laid out as a maze; reducing the traditional logic of boundary and wayfinding systems to absurdity. The artist sees this intervention as representative of our willing and often unquestioning engagement with systems of social control. At the entrance to the maze waits the ostensible single inhabitant of the apartment: a life-size balloon figure that signifies to the viewer that this is perhaps a game, and things might not seem as they appear. The installation also functions as satirical commentary on the spectacular and grandios application of these barriers as an exhibition tool to contain and excite the spectator before viewing work.

While the works in the central exhibition space have been merged into a narrative installation, the objects on the lower level at first resemble a more stringent formal presentation. These pieces have been installed on sand and stone pedestals, that mimic museological forms of display and correspond to the apparently classical theme of Czudej’s sculptures. With their fluid interweaving forms, the objects formally play on Eduardo Chillida’s iron sculptures, although the artist undermines the gravity and monumentality of the Spanish sculptor’s works by integrating figurative details. The faces and hands that interact with the forged twisted metal invest the works with a comic-like quality, which not only corresponds to Czudej’s general search for narratives, but also shifts the focus to discussions surrounding authorship and gender roles.

Czudej’s new film, which will be shown in the cinema of the Kölnischer Kunstverein, complements the exhibition and represents a new facet in the artist’s work. It documents the day to day experience in one of American’s oldest foundry’s where Czudej makes her Iron and Bronze sculptures. The film alternates between the banal and the explosive moments of foundry life, suggesting both conceptual aspects and a societal study. 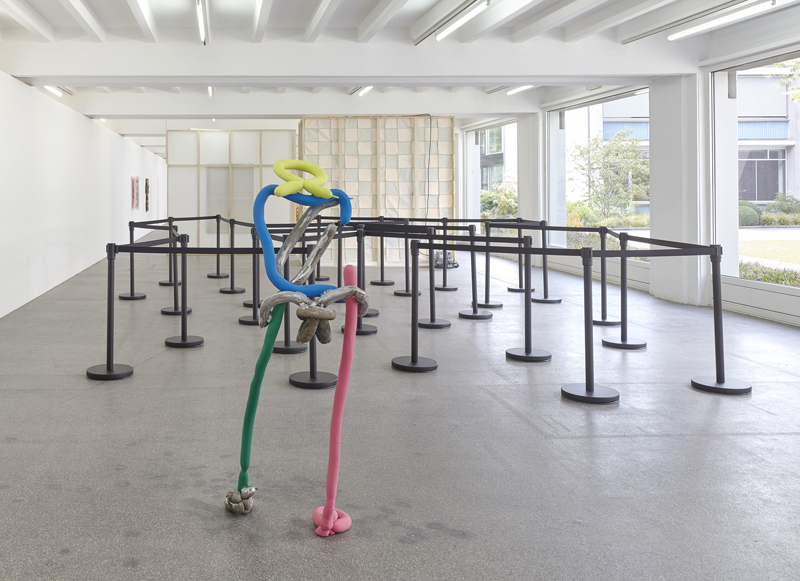 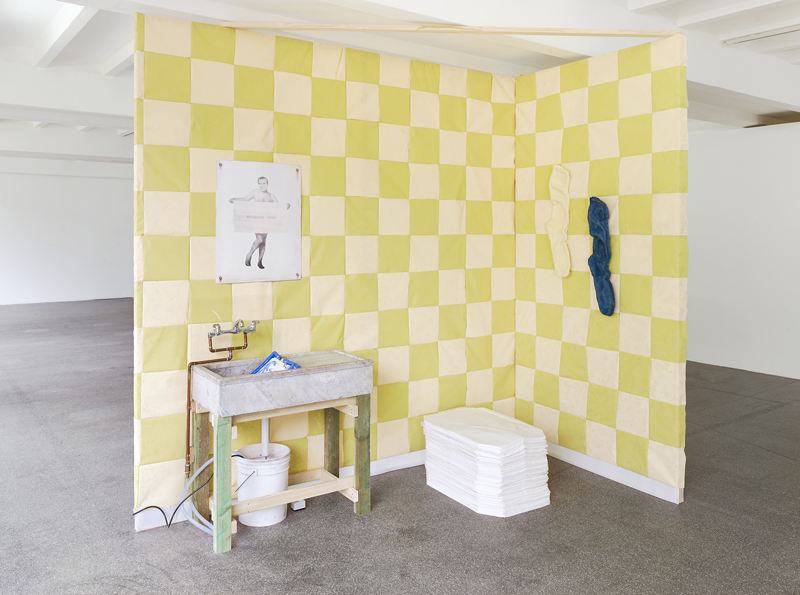 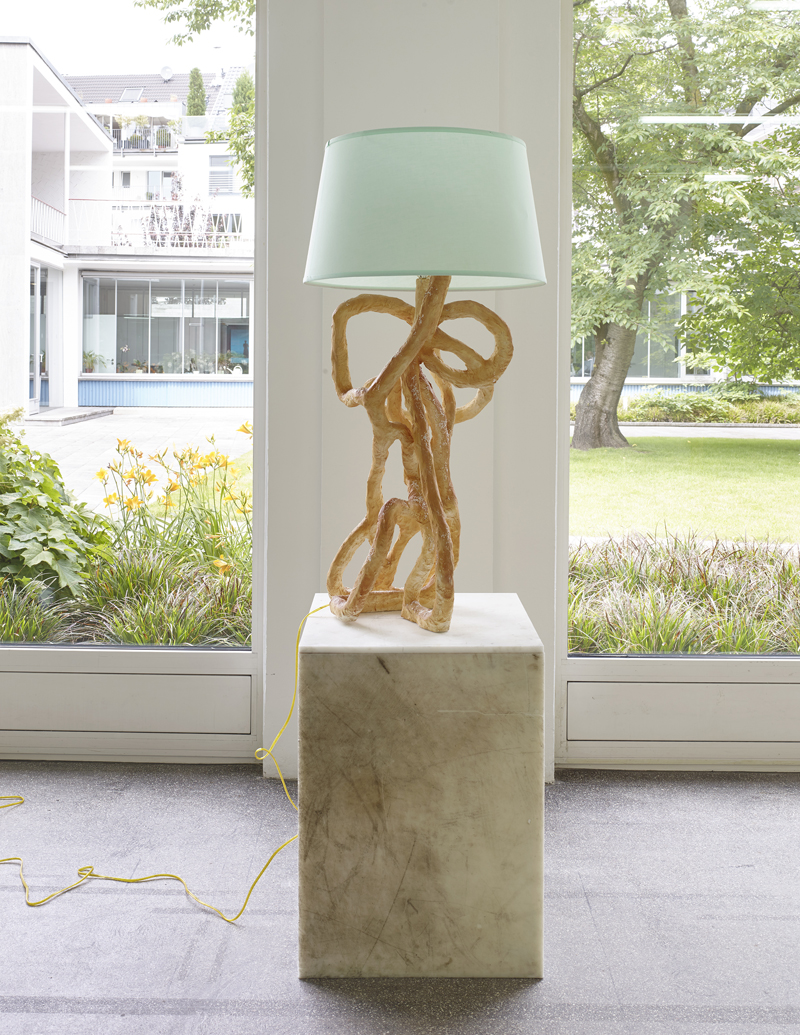 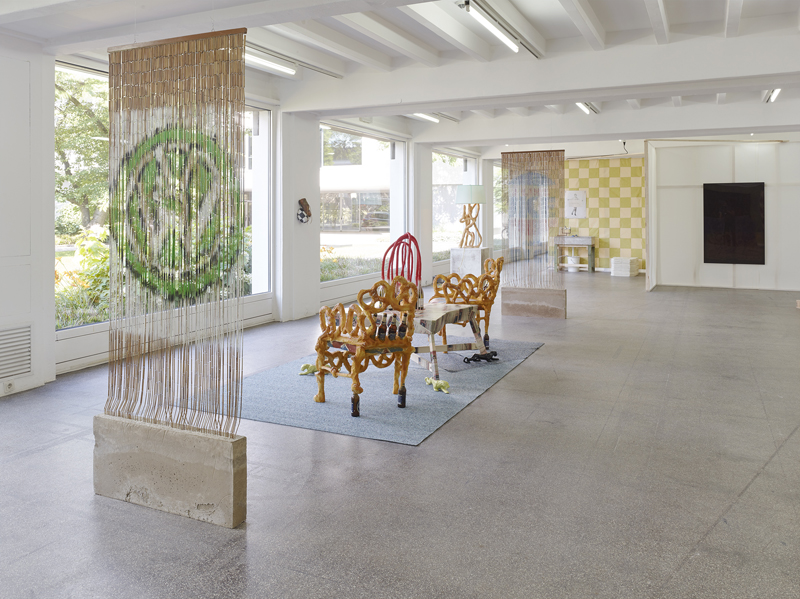 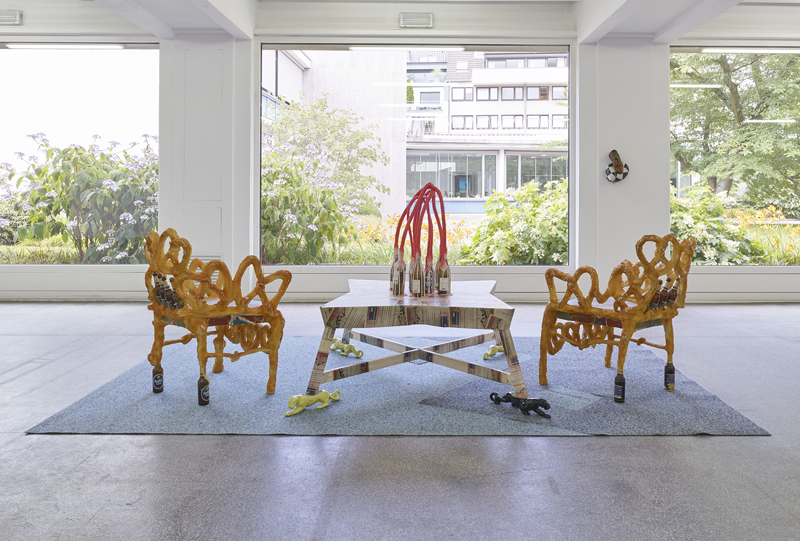 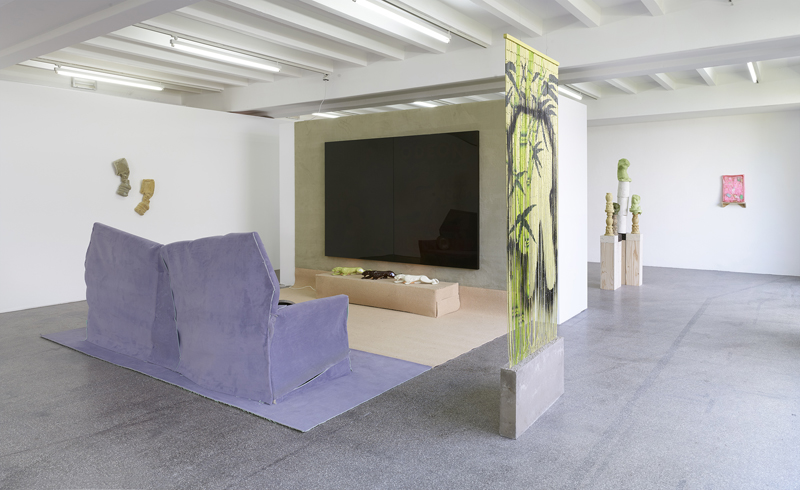 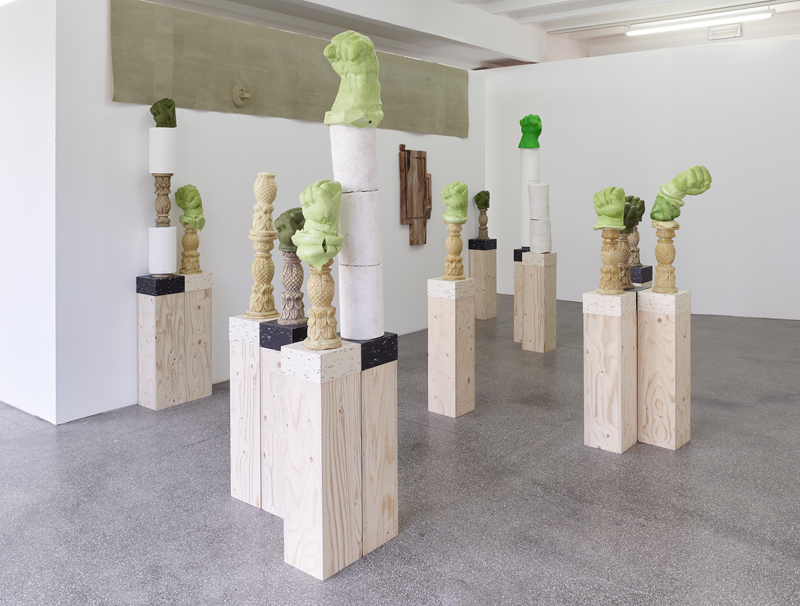 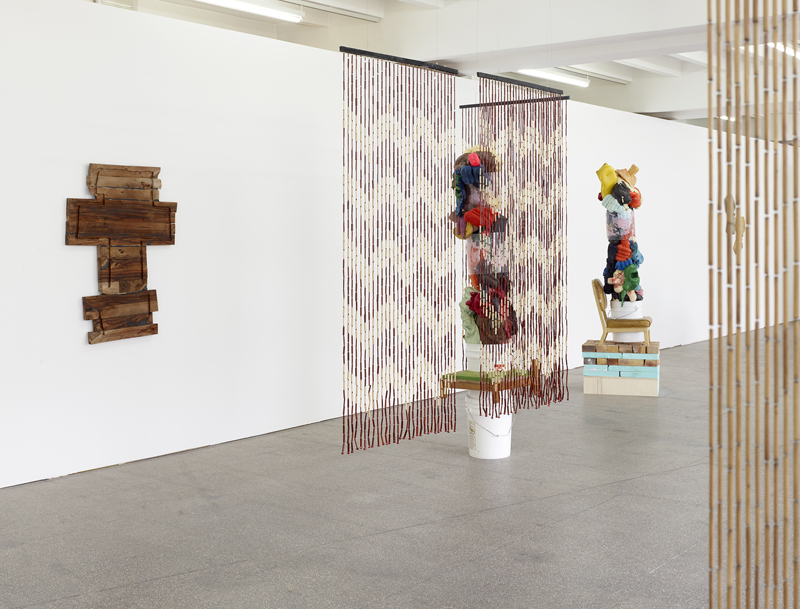 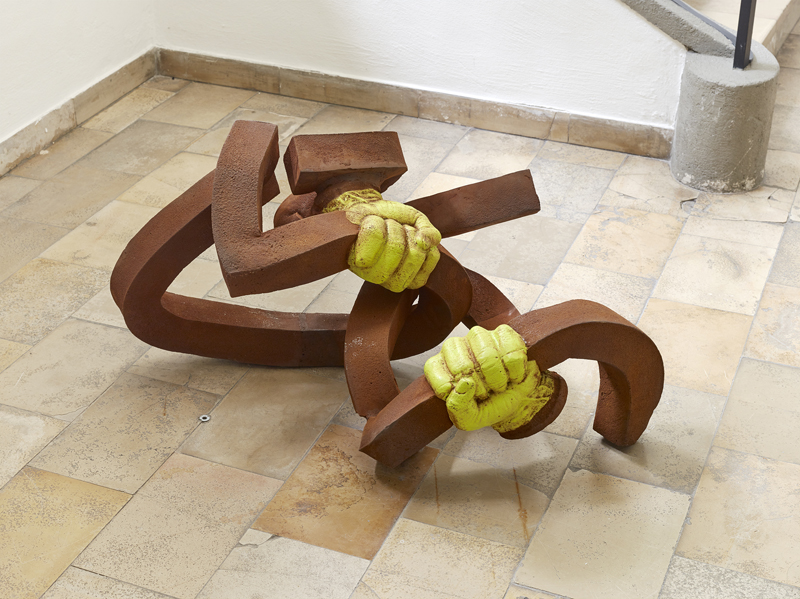 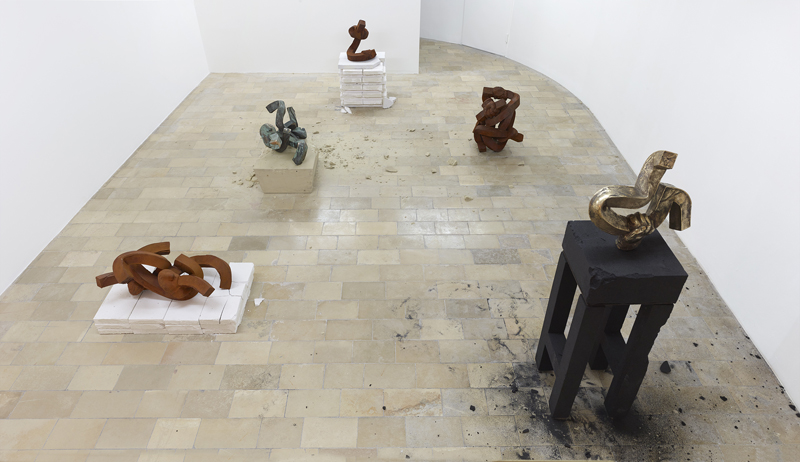 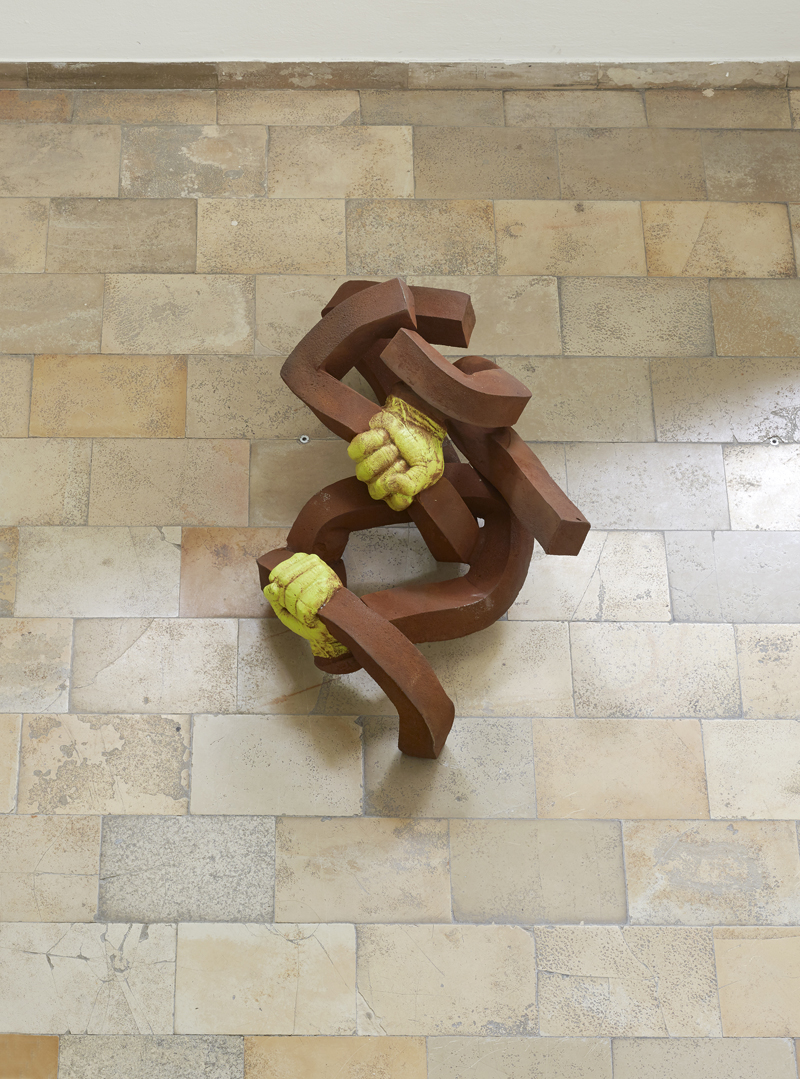