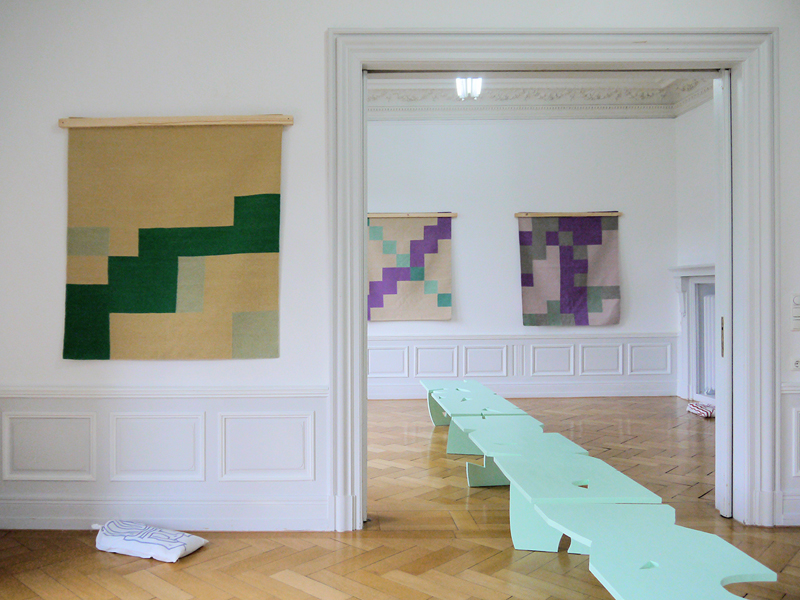 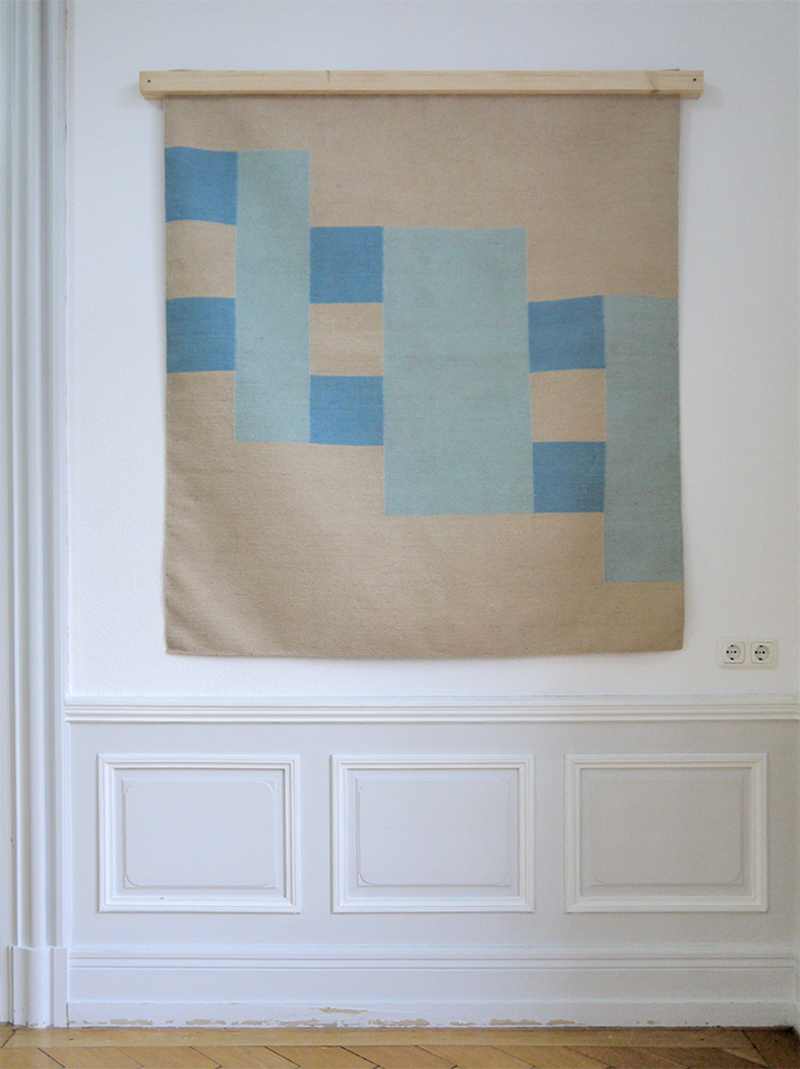 “Black plays the classical response to 1. e4. By mirroring White’s move Black has guaranteed himself an equal share of the centre and scope to develop his pieces. 1…e5 is one of the few moves that directly interferes with White’s plan of playing d4. But the move’s merit is also its drawback; with the position once again symmetrical, White to move has the initiative and sooner or later will be able to break the symmetry to his own advantage. The pawn on e5 is undefended and it is easy for White to develop in a way that restricts Black’s possible responses, by simply threatening to capture it.”

Taking one of the most common opening moves of a chess game at every level as the starting point, the solo exhibition by Andy Boot at Salon Kennedy evolves around the notion of patterns, variables, uncertainty and perceived countless directions and possibilities that are presented to us in form of data and throughout the virtual realm.

The works on display suggest certain forms while conceptually presenting dissolutions thereof. Squares that seem to be arranged accurately according to colour and shape are results of zoomed-in junk emails, woven into carpets that hang on the walls just like canvases. The artist thus, creates an abstraction of both, medium and scale. Similarly, the sculptural centrepiece plays with the measurement of the space whereby the lower surface suggests an alternative to the viewer. While mimicking standard furniture measurements, the cut-outs and colour of the sculpture are “positive” forms, collaged together after being depicted from within the artists collection of viral, inconsequential images in the particular colour of cosmic latte. Cutting out the forms and colouring the “table” in “wrong” cosmic latte tricks the viewer by playing with the surface, patterns and perceptions. The shreds of data create another layer, suggesting there is something beyond the surface.

While the data of both, the sculpture and the tapestries almost dissolve completely, sandbags, scattered across the floor indicate a more literal link to so-called CAPTCHAS – distorted characters that are used as a last separation between the human and the computer. The correct recognition of incidentally generated words or appositions of letters and numbers decides whether access to a certain website or information is granted or not. In the end the computer decides how far the user can go and if he/she is trustworthy or not.

Presenting a constant shift between micro and macro, Andy Boots works create a bridge between the virtual and real, questioning mechanism and data codes that are used to deceive or scrutinize the user – be it through distributing unwanted information and thereby finding a sneaky way into ones privacy or asking them to proof their humanity. Taking this as an inspiration, he transfers the digital content onto classical mediums, created with traditional craftsmanship such as weaving and wood-cutting. Set up in the space of Salon Kennedy, the exhibition creates an intimate, almost domestic atmosphere where the cold and impersonal mechanisms of the digital seem to dissolve as a source of inspiration and mere starting point. 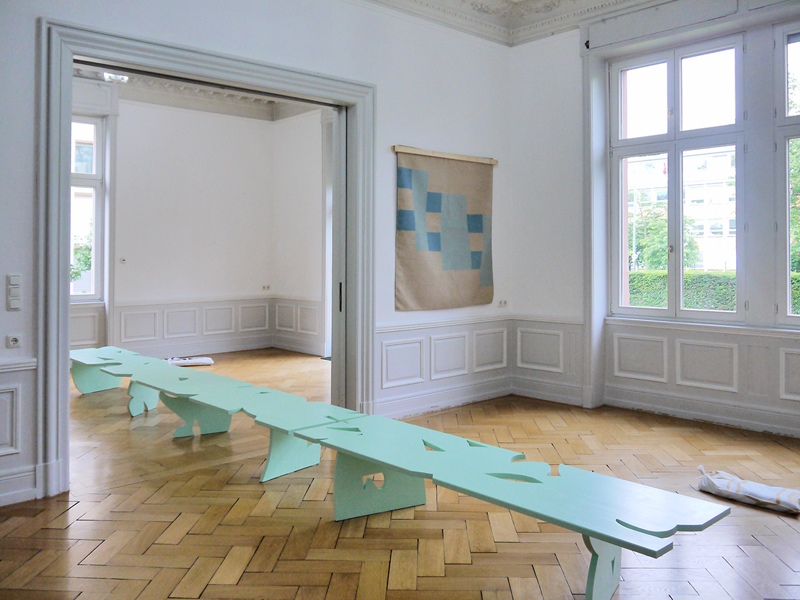 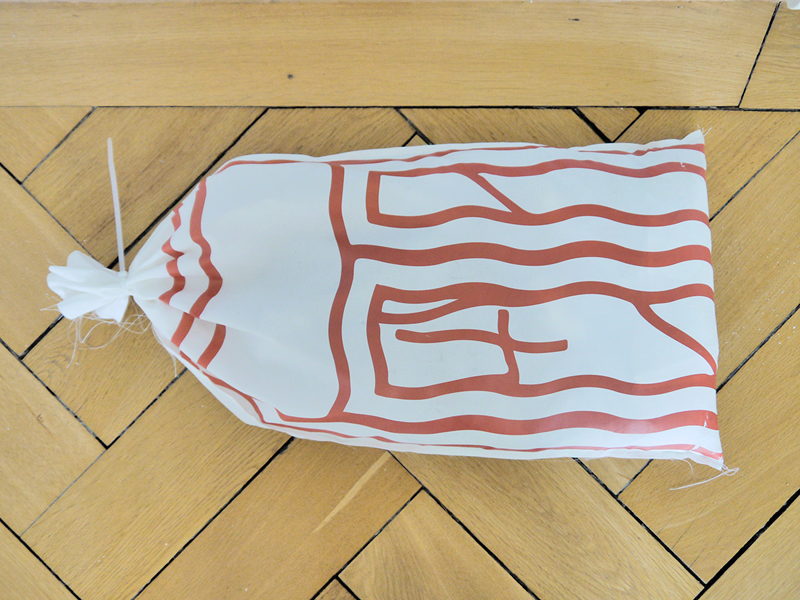 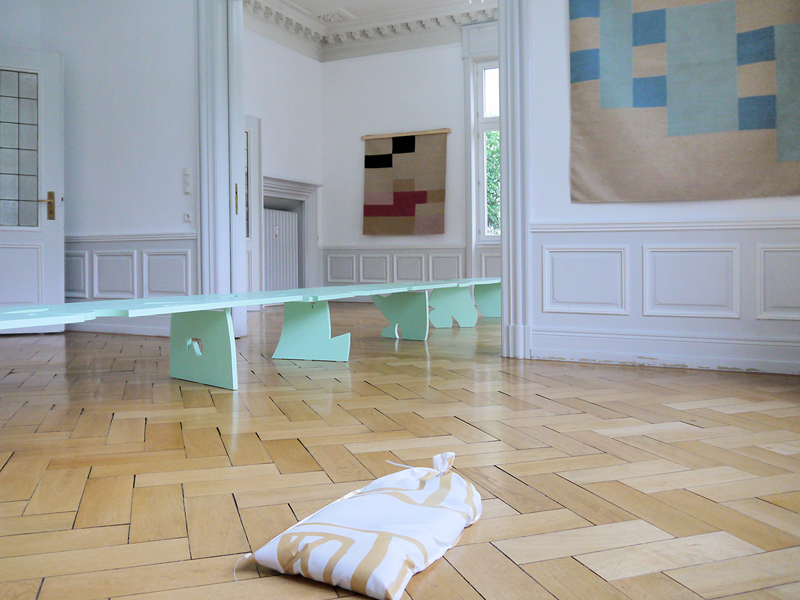 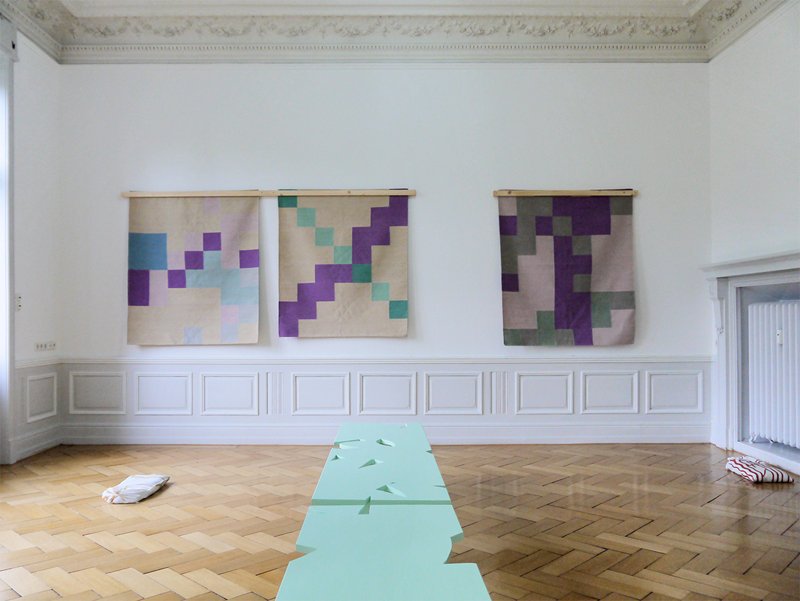 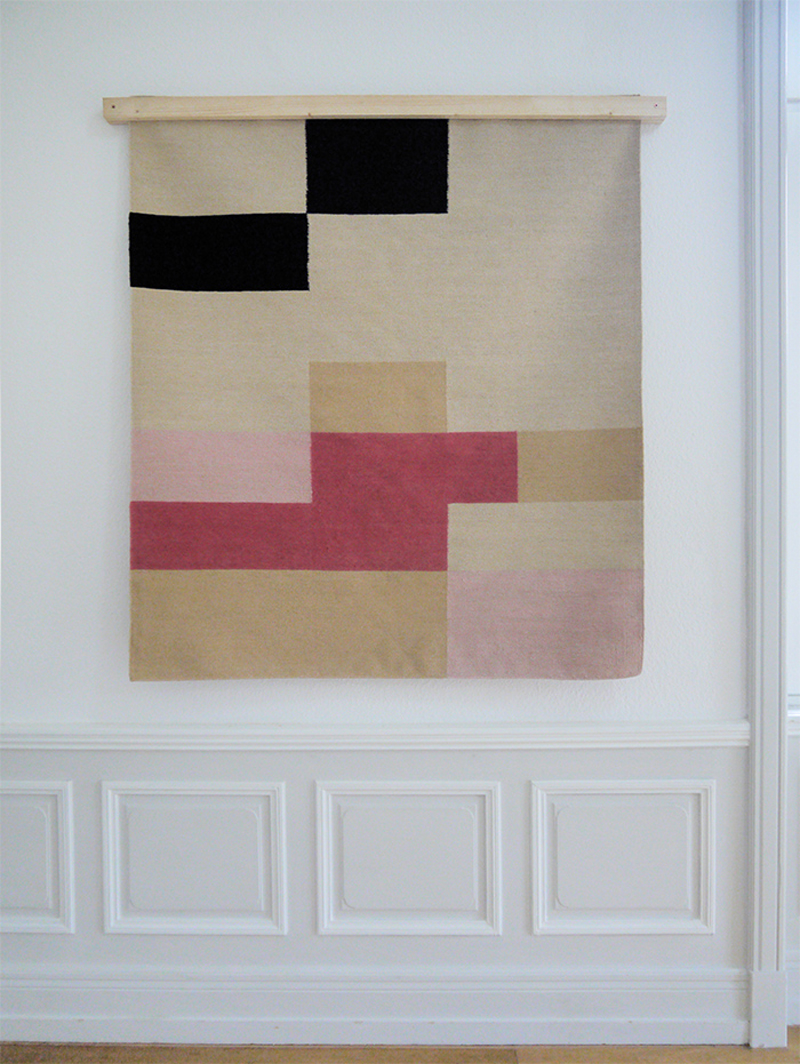 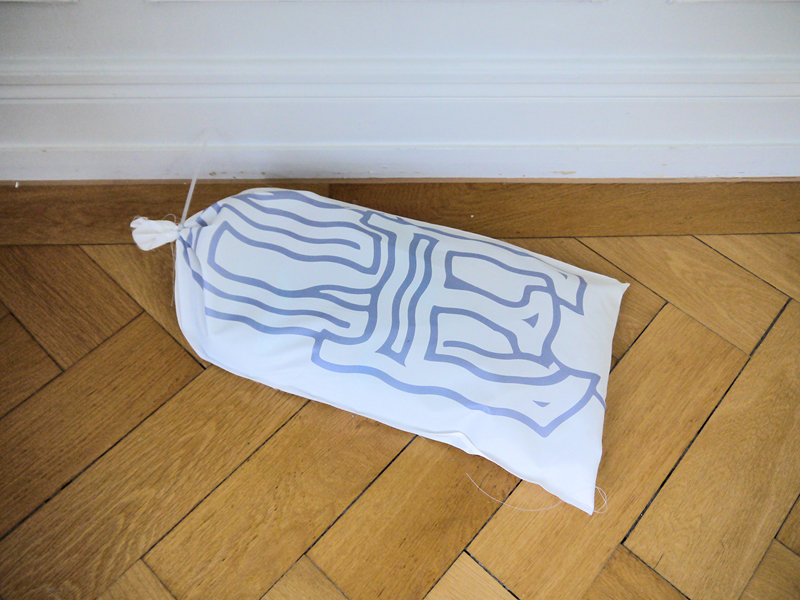 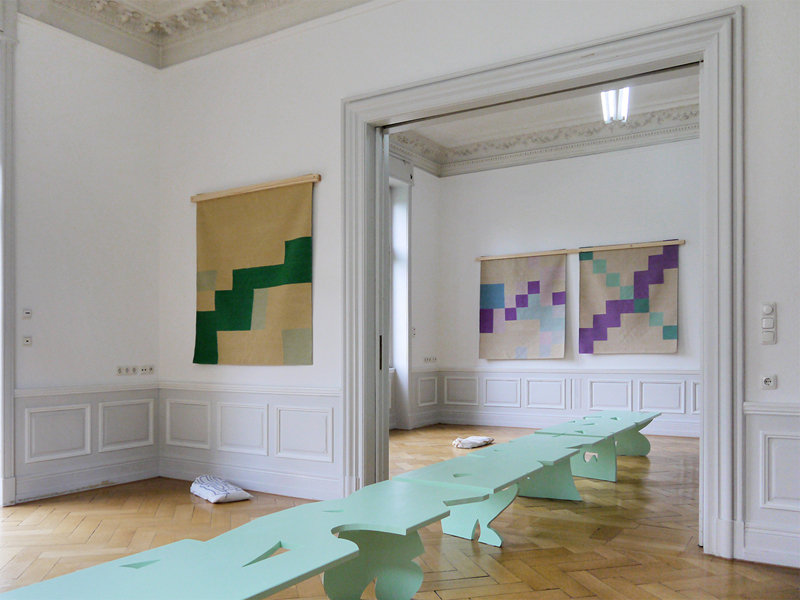 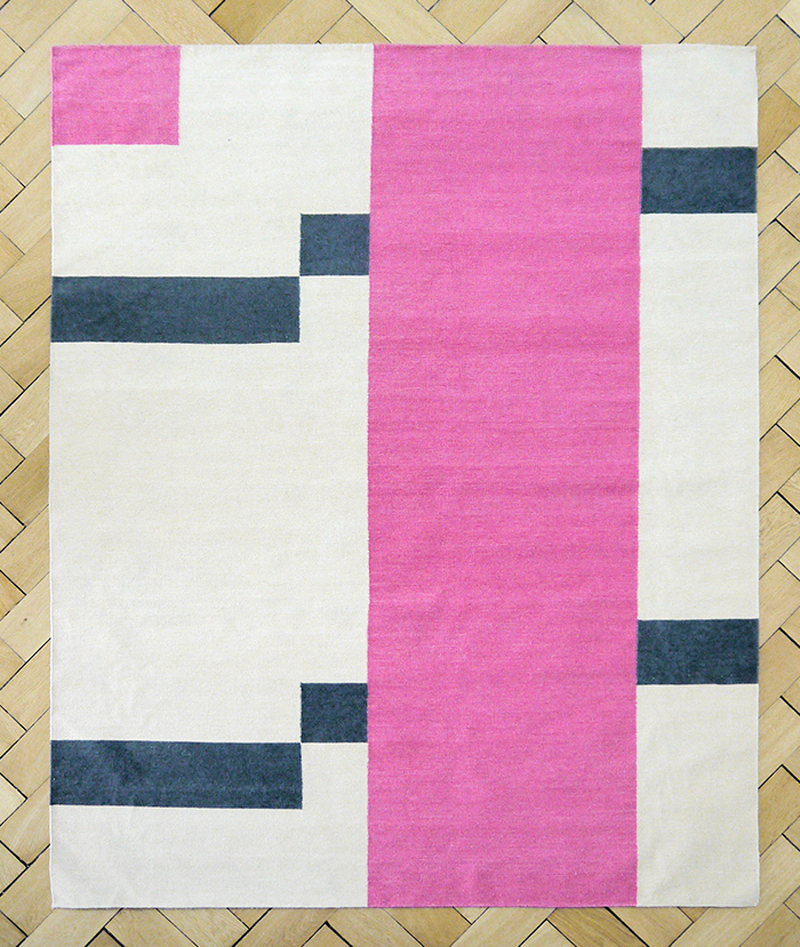