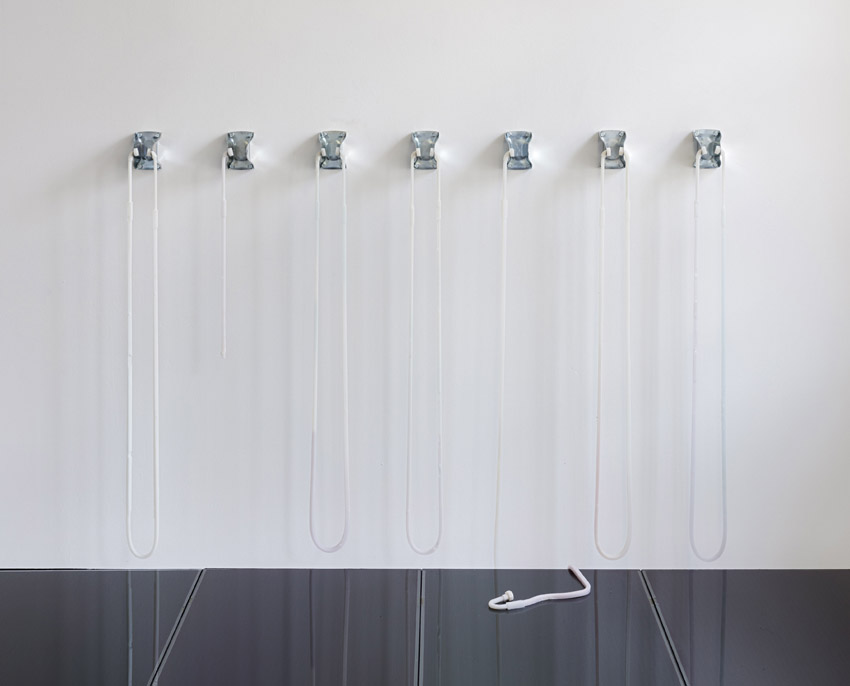 Adriano Amaral’s work is marked by things from his immediate surroundings. The human body as a closed and simultaneously porous entity, as well as the perception of architectural space and the value of everyday objects determine his artistic praxis. In his earlier individual presentations, Amaral was already using mostly very contrasting materials to generate various connections with parts of the human body. Electric cables stretch across spaces like veins to animate neon objects. Thin concrete mouldings of a grating were distributed like skeletons on the floor. The characteristics of replicas of a solid wheel chock, moulded in silicone and filled with water, made them resemble soft human organs. Various materials and states of matter intermingle in Amaral’s sculptures, objects and installations: natural elements like water, light, air and earth encounter artificial products like silicone, make-up, clothing, aluminium, artificial resin or concrete. Many recent works have arisen as castings produced directly in the urban space and in the sense of a reversed objet trouvé.

The announcement of Adriano Amaral’s first solo exhibition in an institution already indicates his way of working. Here title and image also encounter each other as contrasting elements, which, in addition, do not relate directly to the works in the exhibition. The picture on the announcement shows a fall. The frozen instant of the fall lets us recognise a body lying on its back like a beetle with its legs in the air. We can, in fact, see a skateboarder who clearly cannot manage his trick. The stone flags and the curbing of a patch of grass gain additional significance in the close up. The visibly bad image quality and the saturated colouring are certainly deliberate. The snapshot was taken from a YouTube video shot by the skateboard scene on the Kesselbrink, a public space in Bielefeld. Here, Amaral is interested in the ambiguity of the motif: the configuration and abstraction of the presentation, and finally of the body, which is interacting with the public space and its obstacles.

The search for unexpected connections between humans, materials and architecture continue as an artistic approach in the exhibition itself. It is exclusively new works and groups of works that are being presented, embedded in an overall spatial concept. The entire ground floor thus becomes an obstacle course made up of rather smaller sculptures, architectural interventions and changes in the space itself. Materials and objects like shoes, bones, oxygen cylinders, silicone, water, aluminium, ultra-sound gel, bark and respirator masks constitute a formal point of departure.

This all results in the first two exhibition rooms being dominated by a glass platform at ankle height. The solar modules are arrayed like flagstones laid down on grey Styrofoam and form rectangular panels which fill almost the whole space. They stand out from the floor with their matt-white stick-on film. It bathes the entire space uniformly in white, masks the wooden parquet and the spatial structures, without hiding their characteristics. The entire installation resembles a photovoltaic array, which extends the space as a black-violet mirror, has to be walked on and serves as a pedestal for other works. The artist presents several pairs of sculptures distributed across this artificially created surface and displaying the characteristics of foot prostheses by dint of their form. Sneakers are set in cubes of transparent silicone, ultra-sound gel and water. Amaral is here combining industrially produced objects with handmade, individually fitted mouldings out of a plastic, which is also used in medical technology to imitate human body parts. The idiosyncratic impression from these platform shoes is increased yet further in a subsequent work. Horse bones covered in prosthetic rubber have been mounted like lower legs onto small white oxygen tanks. On the periphery and in the Kunstverein’s rooms at the rear, there are porous, coal-black balls. By dint of their colour and their materiality, these are reminiscent of ore-bearing carbonaceous ironstone. Amaral has laced and fired the organically formed balls from a mixture of metallic powder, sulphur, fertiliser, shells and other ingredients. What results resembles castings or a strangely charged, alchemical transmutation of material. Although the majority of the individual presentations emphasises the floor, Amaral also includes the walls. Heavy screw connectors are cast in silicone and retain their technical form but gain the lightness and flexibility of white rubber bands. Suspended in metal wall mountings like loops, they use similar materials to form a serial sculpture, which only differs in the quality of the moulding of its individual units. Here once again, sculptural craftsmanship and industrial manufacturing encounter each other. One final work again stresses architecture in its physicality. To that end, Amaral has applied a transparent ultra-sound gel, which is normally used for medical body scans, onto a window. It flows thickly and will slowly evaporate in the course of the exhibition. The title of the exhibition, Alloy Alloy, sounds like a greeting or even a challenge. It is a term which, at least in German, does not immediately reveal its meaning but gains its force through its onomatopoeic repetition alone. Alloy is the English term for a compound, when a material consists of several metals and gains stability through its crystalline bonds. For Amaral, this fact has a symbolic character. That is because, similarly to the title image, and precisely in the combination of various elements, an adulterated material develops new characteristics and better qualities than its original base matter.

Overall the exhibition at the Bielefelder Kunstverein makes clear how Adriano Amaral engages particularly with the substance of materials and the mutability of things in his works. He knows about the meanings of form, material and experiments with chemical reactions just as much as with the effects of different production processes. Following the principle of repetition or pairing, the series of works only differ in small details. His sculptures play with the possibilities of transparency and opacity. Accordingly, Amaral alerts viewers to the relationship of subjective and objective perception, of artificial and natural materials, as well as to the various links between images, objects and spaces. By including the exhibition space and its specific architectural elements and arranging his works within its spatial constellations, he in his work dissolves the classical boundary between objects and space.

In this way, the exhibition space itself becomes a physical body. The usual division of nature and culture, humans and technology seems to dissolve. The installations and sculptures take over the function of artificial prostheses for space and physical bodies. They create an artificial landscape or physical body in space, into which the sculptures are set like implants or fitted like prostheses. Their processuality and materiality and the recourse to what is original and its transformation mean that they also generate speculative and alchemical associations. Visitors are, not least, referred back irresistibly to the question of their own materiality in this context and in times, when self-determined optimisation of the human body by chemical substances or artificial prostheses has long been routine. 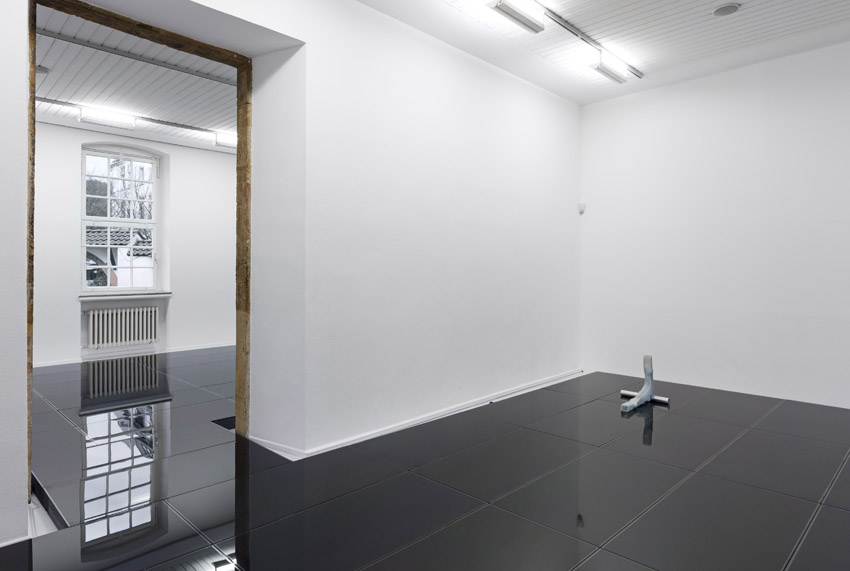 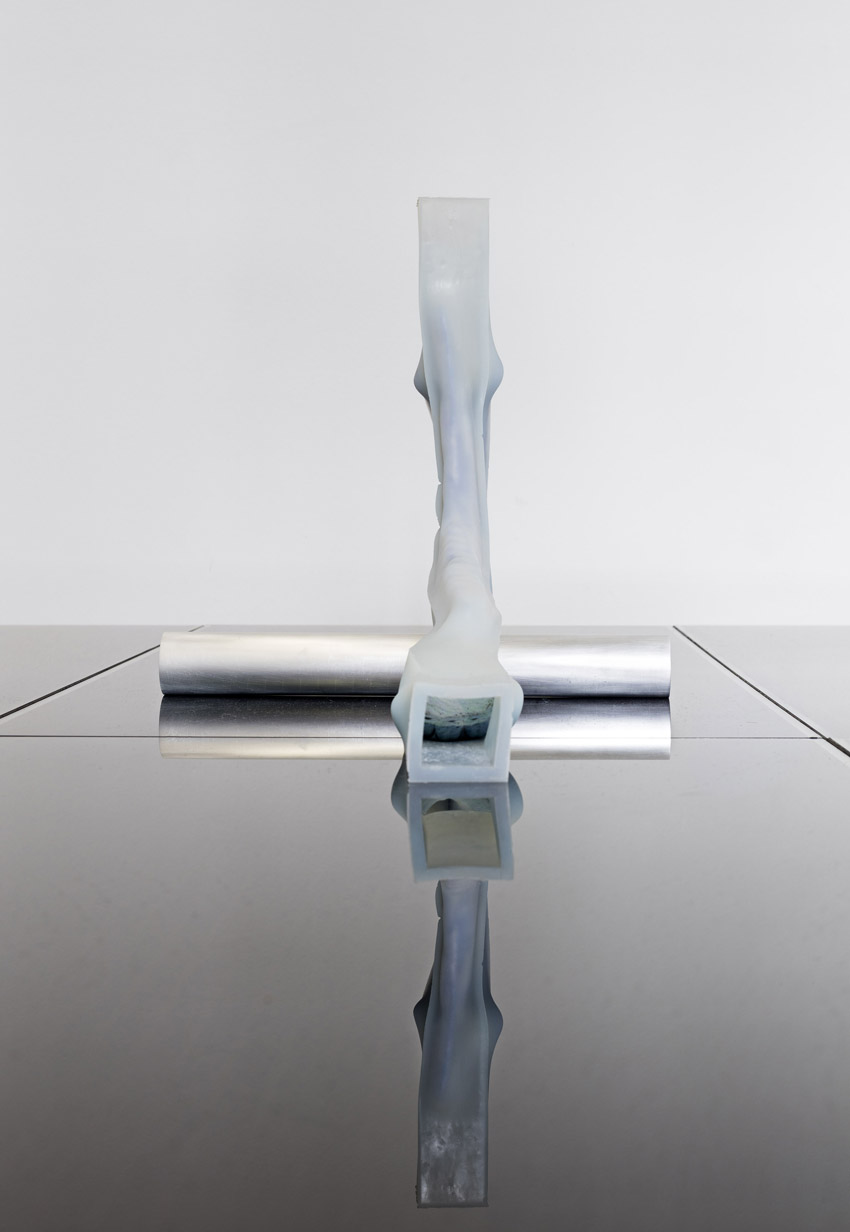 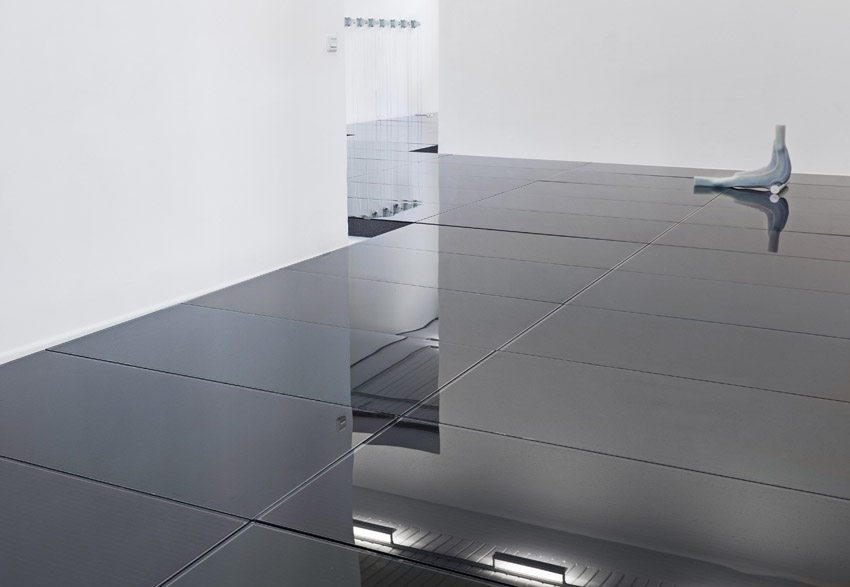 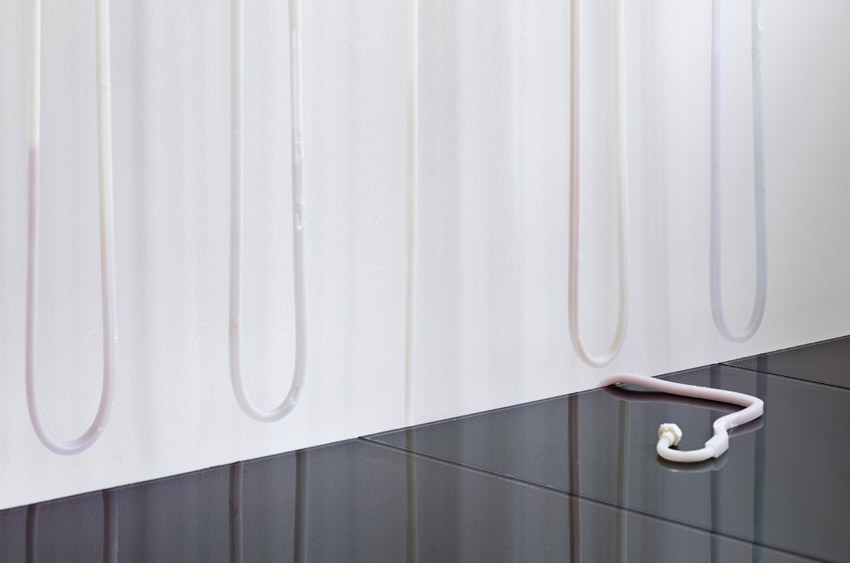 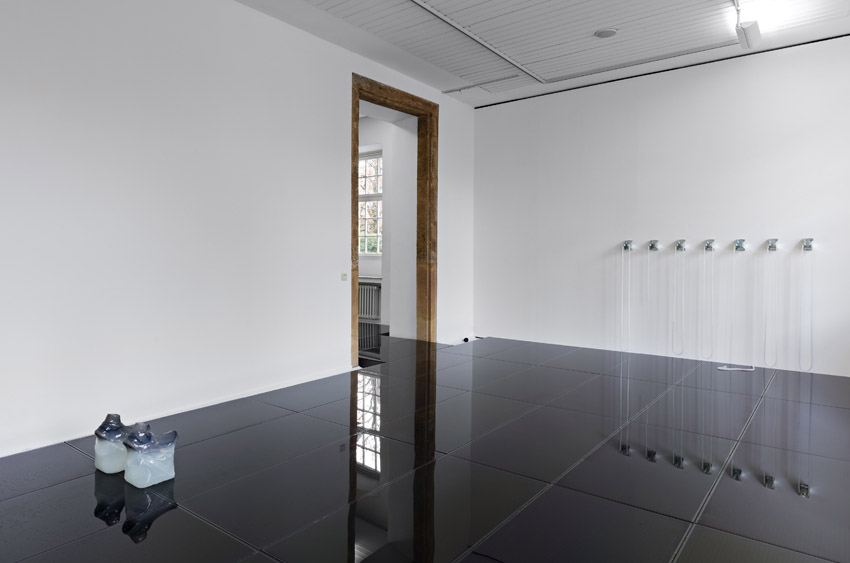 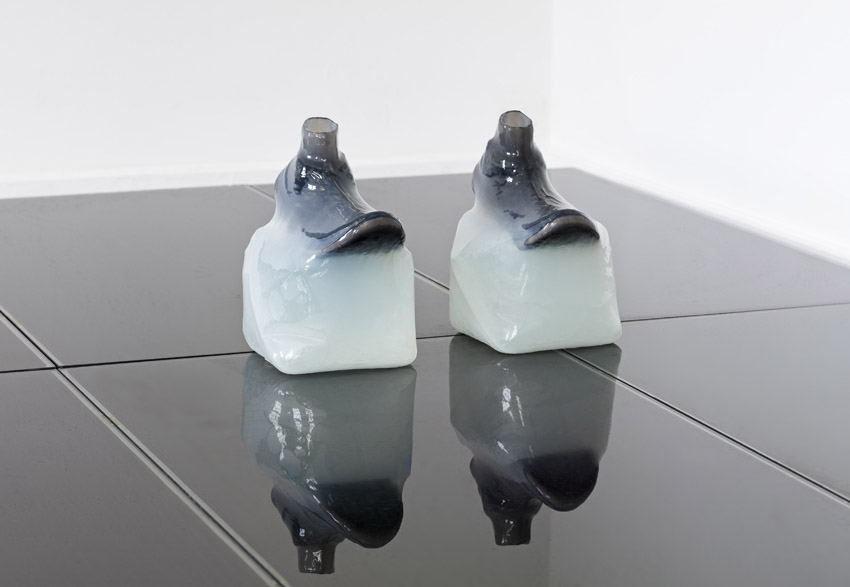 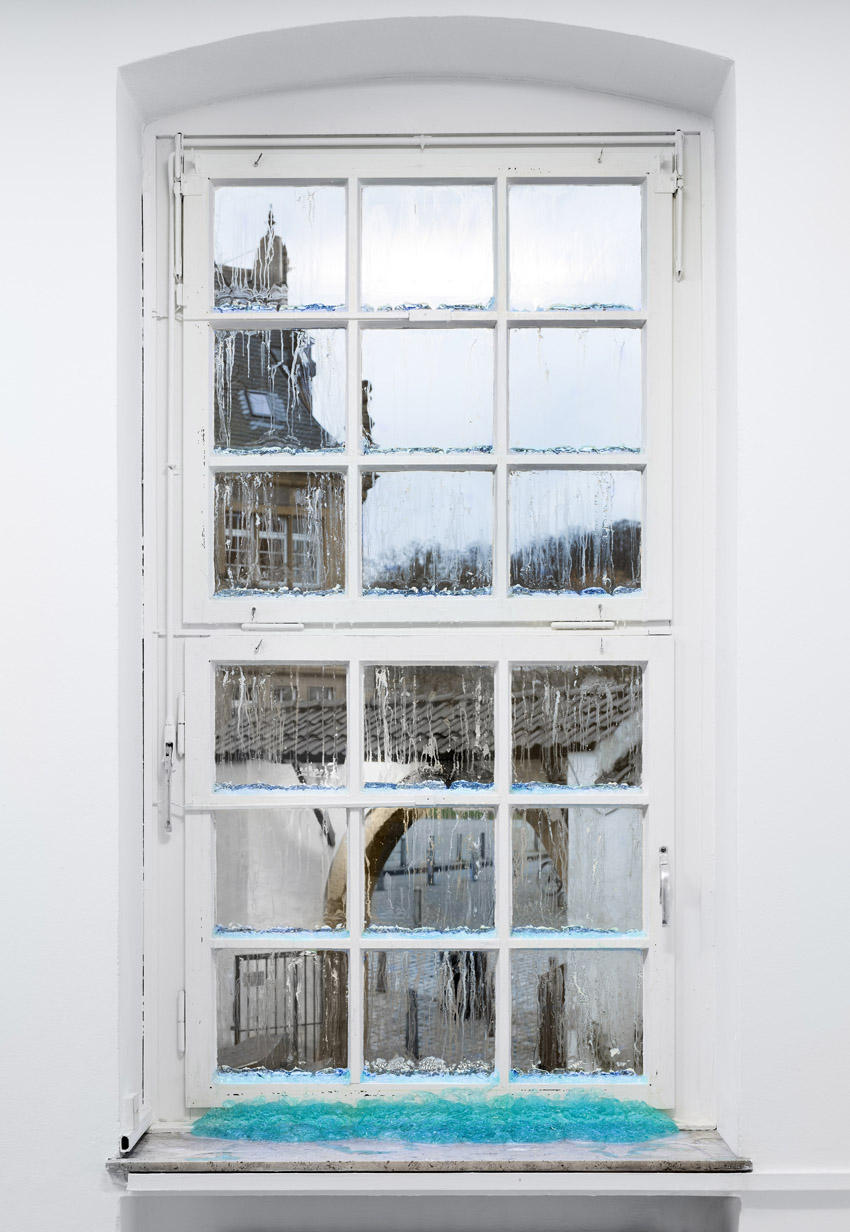 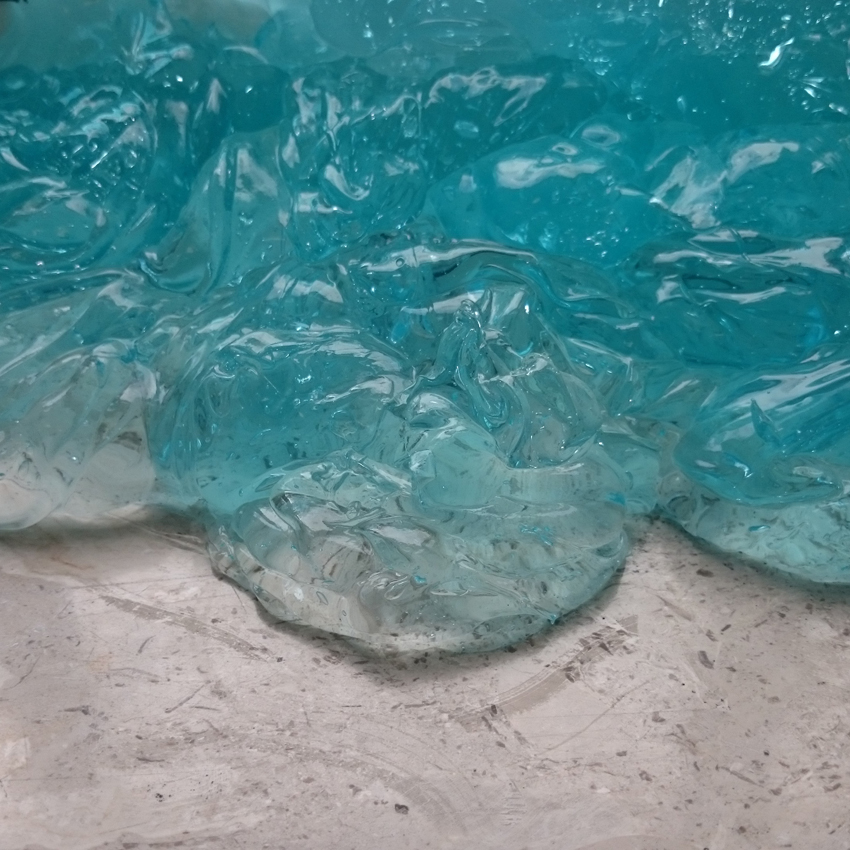 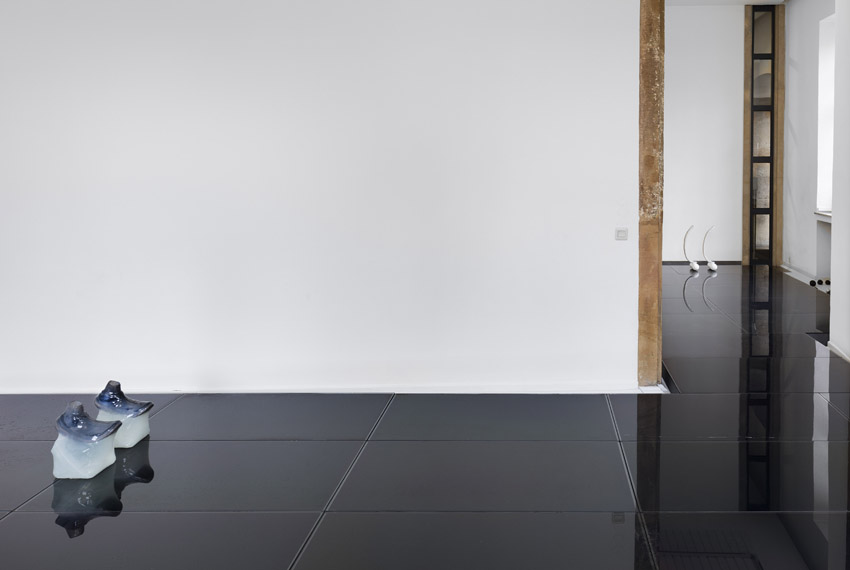 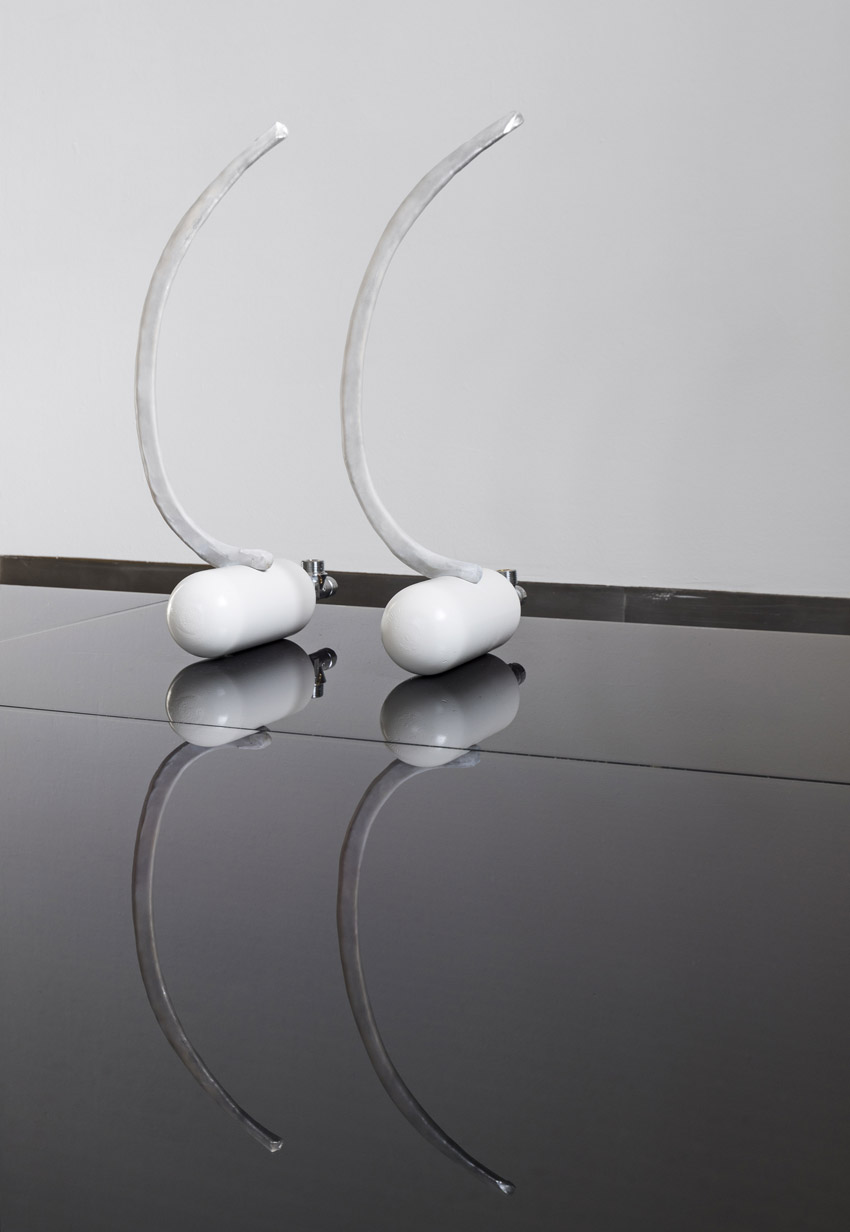 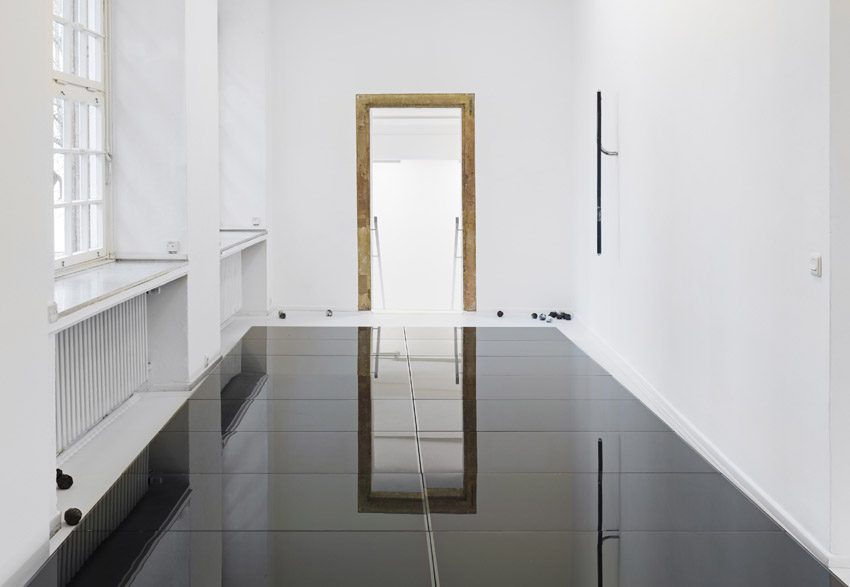 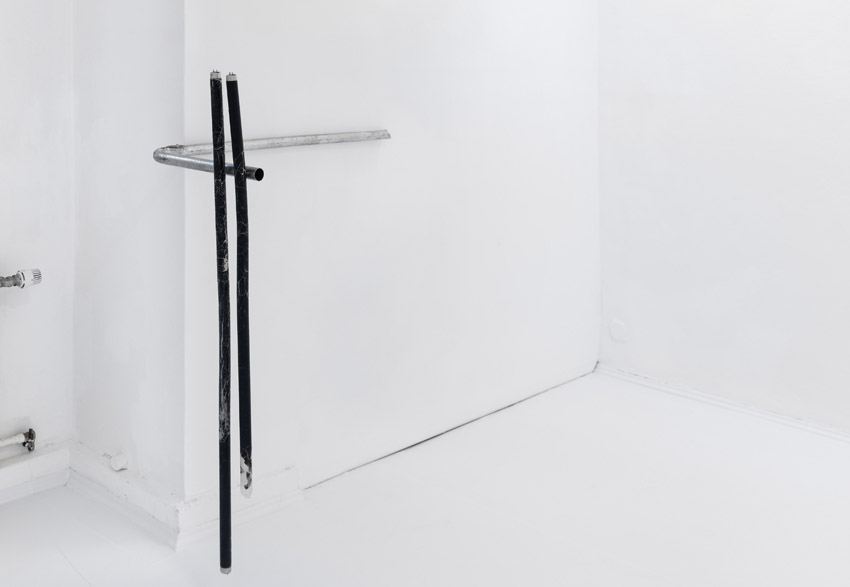 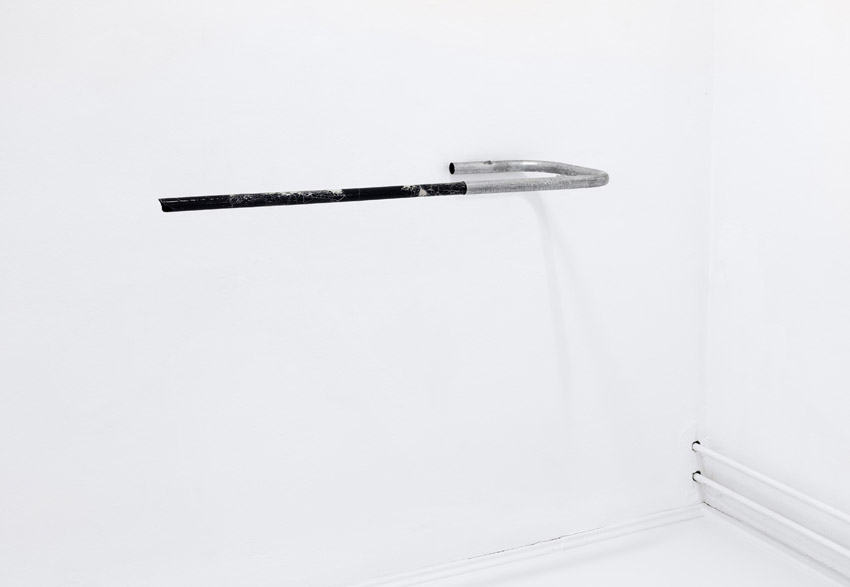 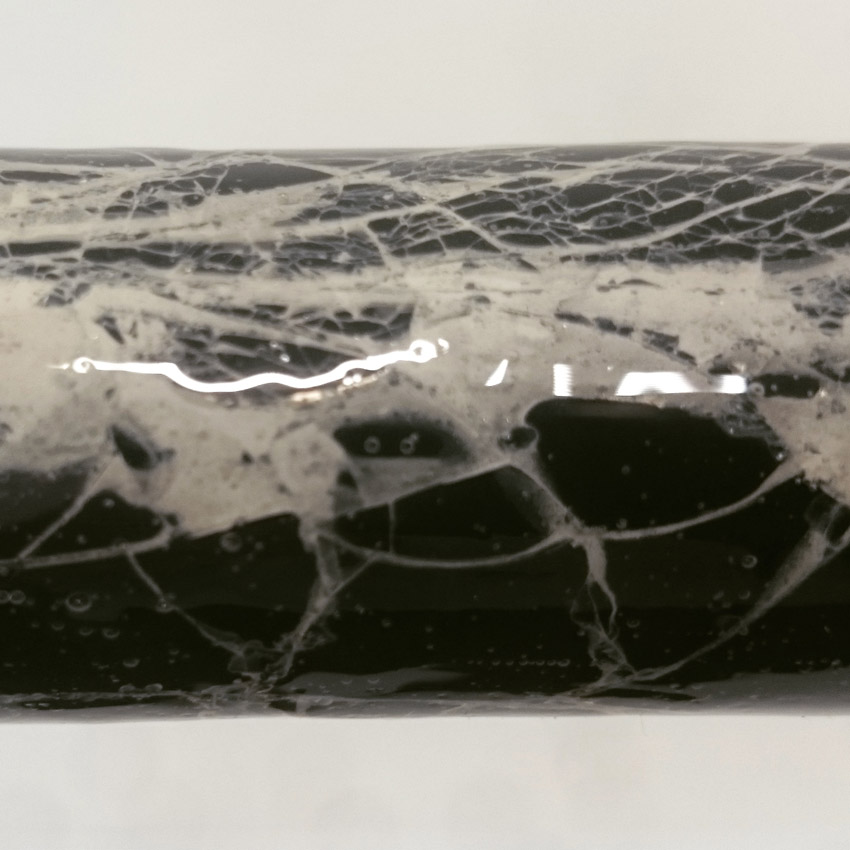 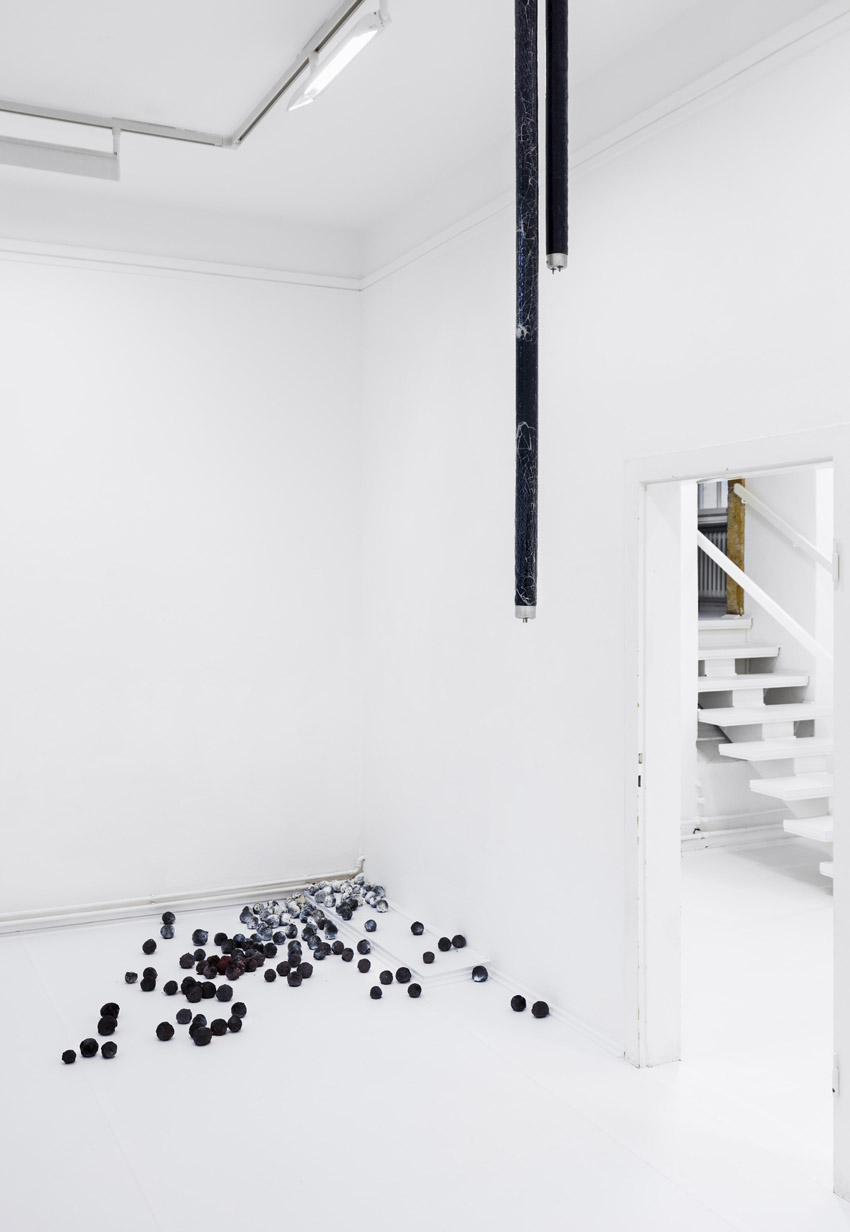 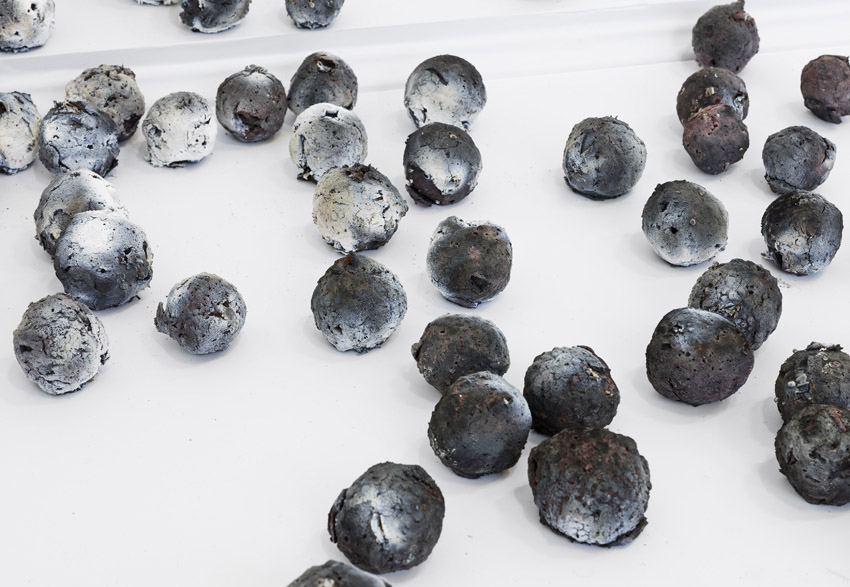 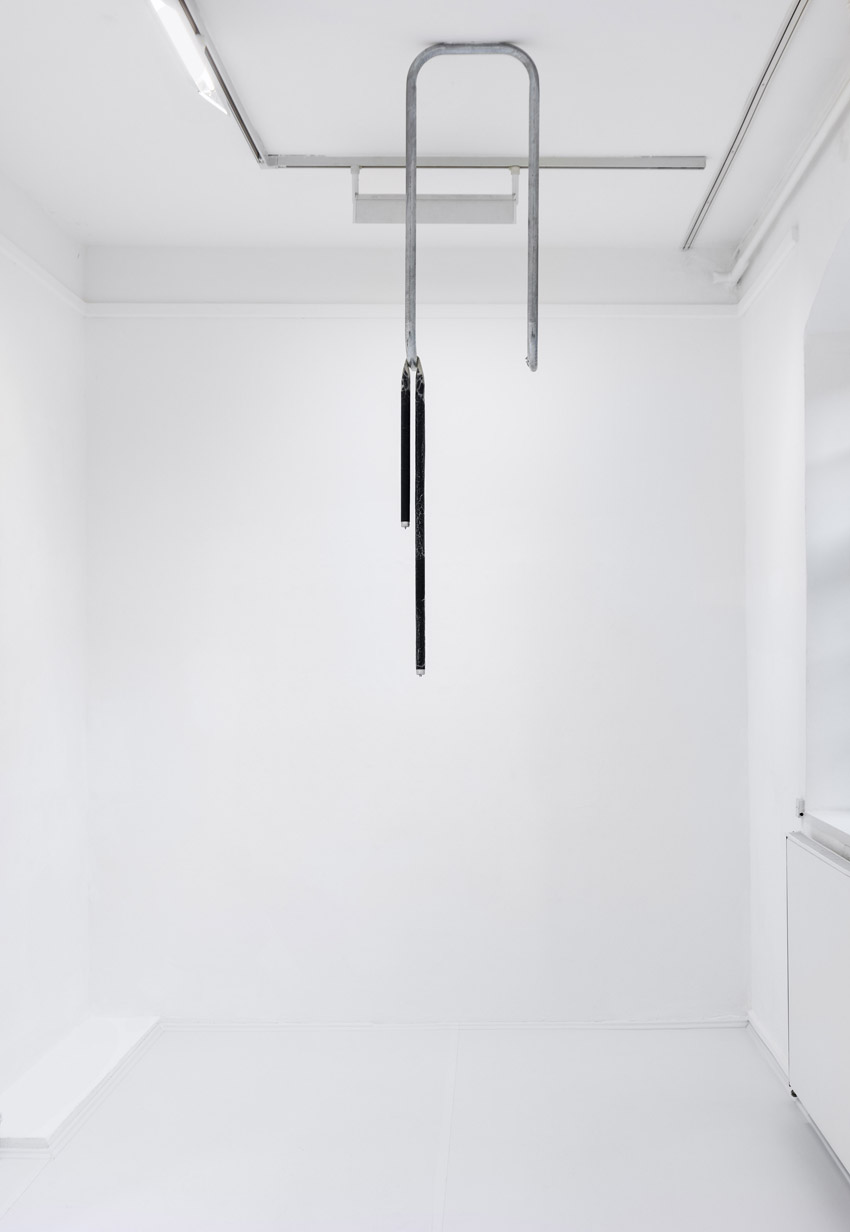